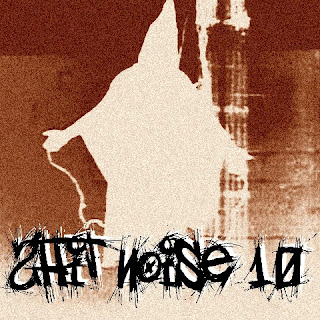 Dao De Noize appears on Shit Noise 10 with track [kHaRkOvMuSiCcOmUa]))) that released on Shit Noise records. You can buy it on CDr version here: http://www.discogs.com/Various-Shit-Noise-10/release/2846296 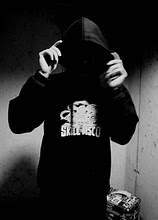 All those who're loving their Ambient music dark and experimental, sometimes drone-influenced and more un-easy than releaxing should check out the latest split CDr released via the UK-based Dark Meadow Recordings which sees Dao De Noize, Sascha Müller and Syrinx on a journey through fields of sounds that wouldn't even referred to as music by some. Whilst Dao De Noize's track "2 Stars" has a kind of sacred, ancient feel due to the use of what sounds like field recorded church bells and dark chorals behind a meandering curtain of static noize whilst Sascha Müller provides two tracks here - "Der Shamane" which is somewhat in between Drone and hypnotic Post-PostRock and "The Tabla Player" featuring a massive excess of processed drum works underneath a warm epic Ambient drone. Finally Syrinx comes up with "The Calm Before The Storm", the most Dark Ambient / Deep Listening piece on this split which reminds of the musical work of artists like Kallabris, Lunatik Sound System or Tarkatak. Recommended. 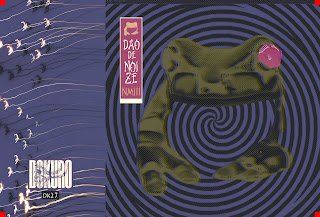 New stuff called NM III released on CDr ltd. this week on label Dokuro. This album is edition version of album Noize Meditation and consist only first 3 tracks. Greatly thanks Michele from Dokuro for his support, collaboration and great artwork for this album.

Walking in the Dark Meadow appears on Bandcamp 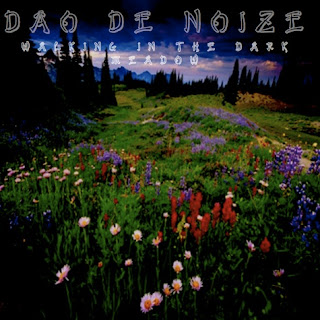 Dark Meadow Recordings share album Walking in the Dark Meadow on Bandcamp and now you can buy on digital version there.

- When was music started?
Artem: I started to play the guitar when I was 18-19 years old, don't remember exactly)) I played in several unknown bands. For this time I play in new unknown band like guitarist. Dao De Noize start in January 2011))

- You have introduced a Japanese collage into music. What is the chance to be interested in Japan?
Artem: I think this interest started long time ago, in my childhood, when I watched films with Bruce Lee. East culture and people attract me with their behavior and philosophy. My interest to Japan culture started several years ago. Japan becomes most interest country to me from all east countries. Hieroglyph system seems very beautiful to me and when i saw each hieroglyph I thought that each word has more than simple definition. I start to listen to Japanese ethno music (koto and shakuhachi are great!!), watch Japanese films, read some books and watch painters of Japan (Japanese gravure have very many great painters it's very beautiful and spiritual). Merzbow, KK Null, Masonna, Aube, Naoki shida, Mono, H.Murakami, R.Murakami, M.Simada, T.Kitano, K.Fukasaku, M.Takayanagi, T.Kobayashi, Y.Nara, M.Aida, N.Oshima, A.Kurosawa all this mans impressed me and their creativity influence on me very much.

- Were you influenced by the noise artist in Japan?
Artem: I listen to several Japanese noise artists, but most impressions give me Merzbow. My interest to noise culture start when I listen to album.

- How old were you at the accident of Chernobyl?
Artem: I was 2 years old and don’t remember anything about it.

- What influence did the accident give to your life?
Artem: Kharkov where I was born, was not suffer so much like capital of Ukraine and other places, that’s why I don’t have much influence of this disaster. When I hear some words about this disaster I feel some emptiness inside.

- Did the accident influence your art?
Artem: Not so much. Japanese disaster of 11.03.2011 influenced more strongly on me and I record new album which I dedicated to this disaster. Its very regrettable things. I hope this things will be changes on stability.

- Do you have the message to Japanese Music Fun?
Artem: Listen to different kinds of music and don't forget about your great Japanese ethno music culture. Take care! Good Luck!

- Please teach the activity schedule for the future.
Artem: I have many ideas and plans for future activity of Dao De Noize)) First of all now I’m working on split with Adam Mankowski from Poland. I hope to do split with Daruin from Japan.(I rec 2 tracks Hiroshima cry for this) 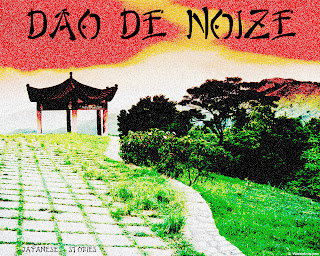 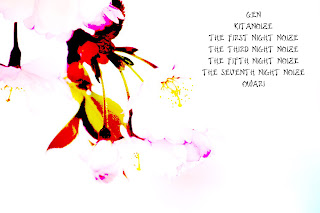 Great news!Dao De Nozie released new stuff called Japanese Stories on label Neji(Nunulaxnulan). This album was created with great impressions of Japanese culture and consist 4 stories by Natsume Soseki(The First Night: Love Conquers Death, The Third Night: A Story of A Vengeful Ghost,The Fifth Night: A Love Story from the Age of the Samurai, The Seventh Night: A Tale of Alienation, Despair and Suicide). Album includes two brilliant remixes by AkumaDeikon and Dag Shen Ma. Greatly thanks to NunuLaxNulan(specially Ugh!!), Akumadeikon and Dag Shen Ma for support and great work!!Respect!

Album includes japanese 4 stories by Natsume Soseki(The First Night: Love Conquers Death, The Third Night: A Story of A Vengeful Ghost,The Fifth Night: A Love Story from the Age of the Samurai, The Seventh Night: A Tale of Alienation, Despair and Suicide).

Dao De Noize appears on Vital Weekly 775 with track Step 2 - Natsu from album Walking in the Dark Meadow. You can download this podcast from site of Vital Weekly http://www.vitalweekly.net